My 4th  consecutive summer residency at The Rensing center followed after returning from 5.5 weeks teaching art in China. I didn’t quite know how my time in China would influence my work but excitedly, I packed up the usual camera equipment along with 2 rolls of beautiful rice paper, orange ink brushes I had purchased in China and natural pigments I had been experimenting with.

Inspired by the lines and colors in nature near me at the pottery Studio such as the Tiger Swallowtail Butterfly, the Box turtle, the Kiwi vines, the waterfalls, various flowers and collected limbs and rocks my was full of flowing lines and earthy tones with splashes of bolder colors. 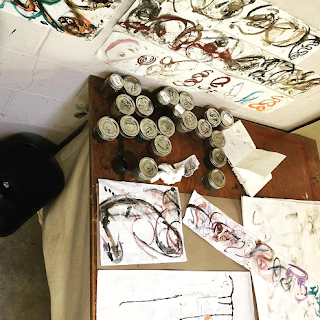 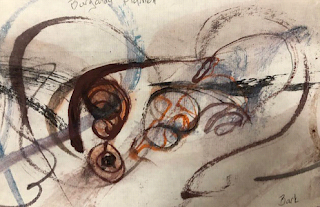 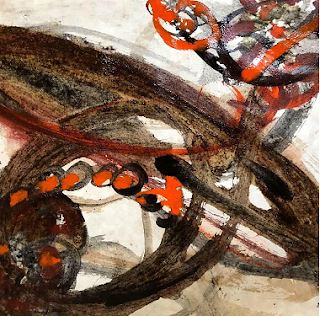 My usual work of Prop Making for Photo Shots 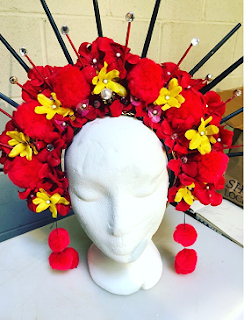 Last but not least collaborative photo tests with Wanrudee Buranakorn 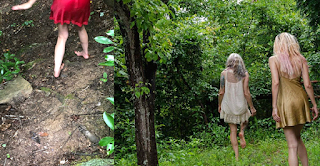 Posted by Rensing Center at 10:45 AM No comments:

This morning it is good to end my stay with the ritual of the last two months – writing about a butterfly, my last butterfly; Dard Ros. I began my residency with Reina de la Ruda – an Old World Swallowtail.

I will miss the creatures here – humans included. I will miss the reading too. The birds listened. The squirrels didn’t. They keep climbing . One has his flight path by the tree nearest to my porch. He comes crashing through by late morning. He doesn’t seem to care for the noise he makes. With that kind of speed and agility he can do what he likes. I will miss him. Just as I will miss the quiet spider in the top corner of the porch. A house spider who doesn’t seem to do much work. I presume he works at some point but I don’t mind if he doesn’t.

And the port-hole window in the studio – I will miss the most, with the branch that almost touches the window where a green bird once alighted, just a metre from my eye. I didn’t dare to move, not even my writing hand. I was amazed he knew physics so well – his weight; that little branch – certainty – it held. I would not have made that calculation. That port-hole window may as well be my eyeball, magnified. We should have more windows like that! 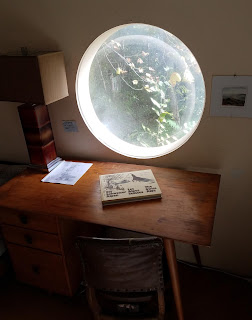 But as I wrote to Ellen after I completed a chapter of an ongoing work that I finished here at the Rensing Center – windows and studios are just structures – it’s who makes them and opens them up to this kind of work that’s important. 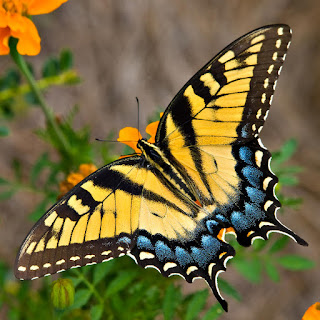 I don’t know the butterflies here – except the Tiger Swallowtail; a New World butterfly. It’s iridescent sheen and wash of blue. If we were told that the Tiger Swallowtail was the rarest species in the world – we would believe it – for it is beautiful. But it is one of the most common species in the south; common as muck as I joked with a friend who has recently retired from the Environmental Protection Agency. And so the Tiger Swallowtail passed on to an everyday sight. Like so much here. The morning writing; the rising heat. Time to open the sliding doors to catch a cross breeze. It has been a monastic life here. I have rarely been more productive. 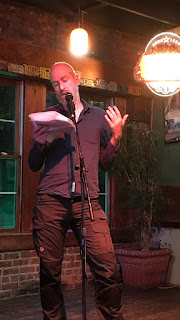 Posted by Rensing Center at 1:31 PM No comments: