"How lucky I am to have something that makes saying goodbye so hard." - Winnie The Pooh

I'm leaving tomorrow, after seven weeks here at the Rensing Center. Although that sounds long, inevitably the end has snuck up on me before I am ready. I've been having so much fun with the work I've started in the last week that I wish I could stay longer!

I spent the first month of my residency primarily making an animation for a show in Chicago, where I had to go for a week to install and attend the opening, and after getting back here I had just 10 days to spend on new work. I decided not to put too much pressure on myself, and allow myself time to read and relax, and experiment with ideas rather than trying to create a finished piece. I mentioned in a previous post that I'm interested in Appalachian murder ballads, which I have continued to listen to throughout my stay. I've been slowly forming a more concrete approach to the subject - the animation/installation project will be an exploration of my conflicted feelings towards the romanticizing of violence against women (in the case of most murder ballads, inflicted by a male lover). I am considering how poetry and lyricism can distort our understanding of cruelty. Reading Christina Hastie's thesis "This Murder Done": Misogyny, Femicide,and Modernity in 19th-Century Appalachian Murder Ballads (http://ht.ly/etbAE) has given me a more specific direction to follow and provided a context in which to unpack the ballads. Talking to fellow resident poet Anna Lena about old-time songs and ballad structures has also given me a lot to work with in formal terms (I’m also indebted to Anna Lena for her generous feedback on my writing for the previous animation project). But rather than follow a strictly narrative path, simply illustrating a story, I want to create more open-ended imagery that invokes the kind of romantic fear and lyrical violence encapsulated by those songs. A parallel study is the affective character of the natural landscape – for example how lush growth can breed feelings of anxiety and claustrophobia. I started doing some experiments with animating paper cutouts in the woods, which I am really excited about and will continue to pursue in future environments. I'm grateful for the reflective time at Rensing that inspired new ideas and processes, planting seeds for artwork that will bloom in the coming months.

One of my animation experiments in the woods. Apologies for poor quality - don't go fullscreen.

I’m really going to miss this place. The time and space alone to think and create has been incredibly valuable, as have the connections with the Rensing Center family and with fellow residents, from whom I learned a great deal (and shared some lovely walks and swims, and the all-important grocery store trips, since I was car-less). I certainly hope to be back one day!

Posted by Rensing Resident Artist at 8:18 PM No comments:

from the Pickens flea market: 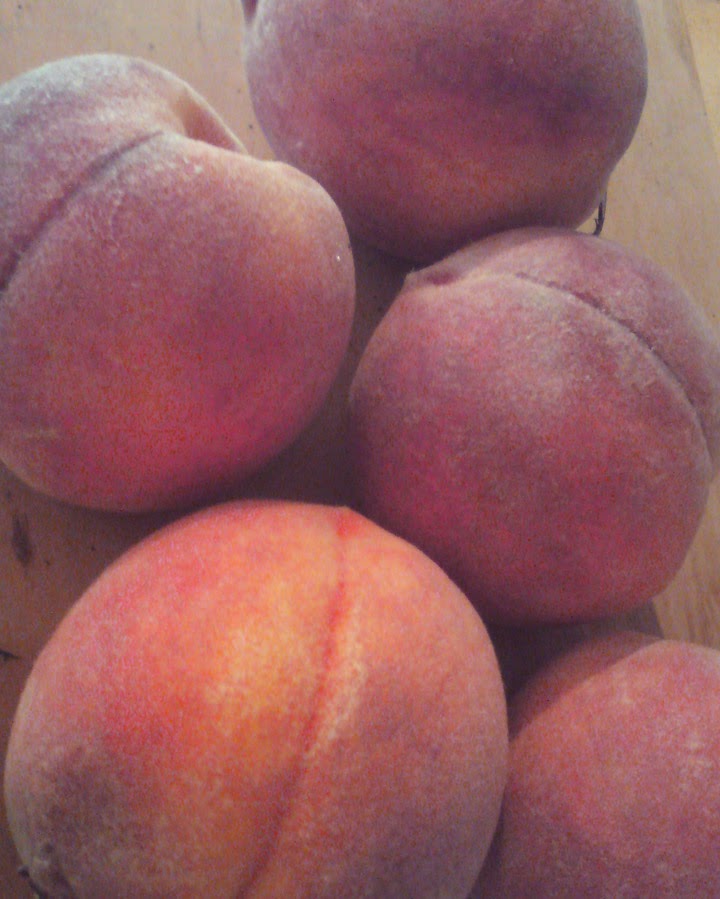 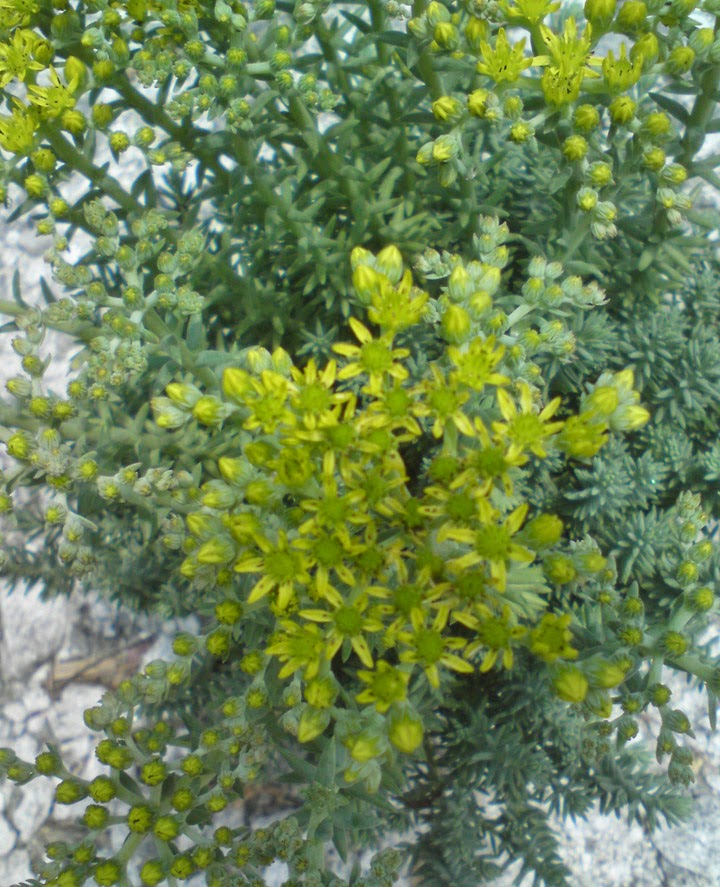 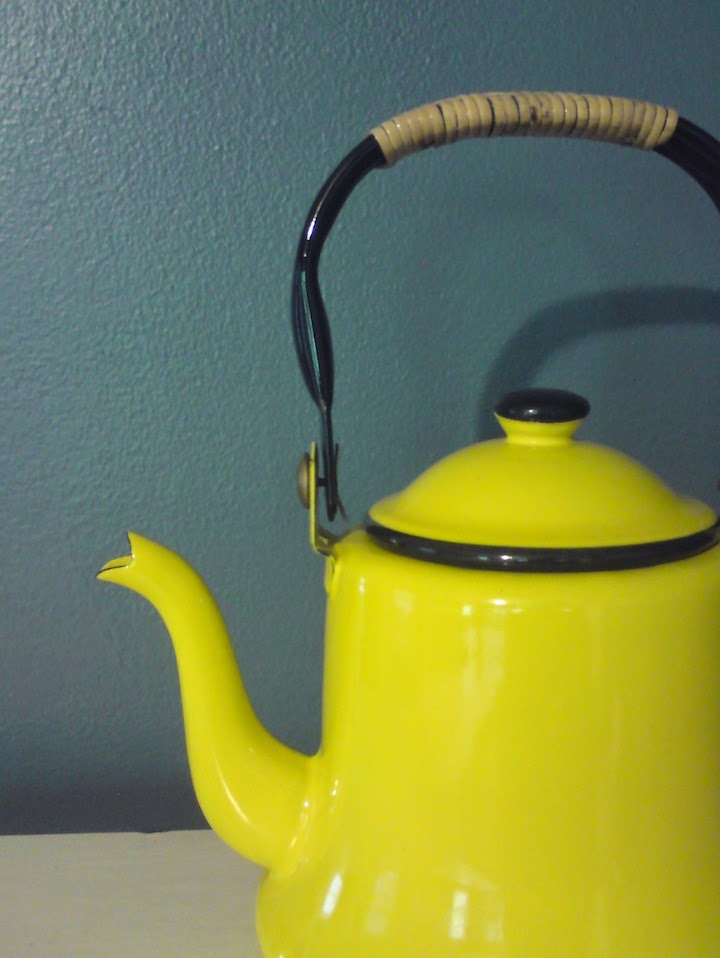 Posted by Rensing Resident Artist at 12:23 PM No comments:

Highlights from the past week

Ellen's son Shelby put up a rope swing under the big tree next to the pasture!

Shelby also cut down a dead tree and the goats love playing on the log. It is a joy to watch them. 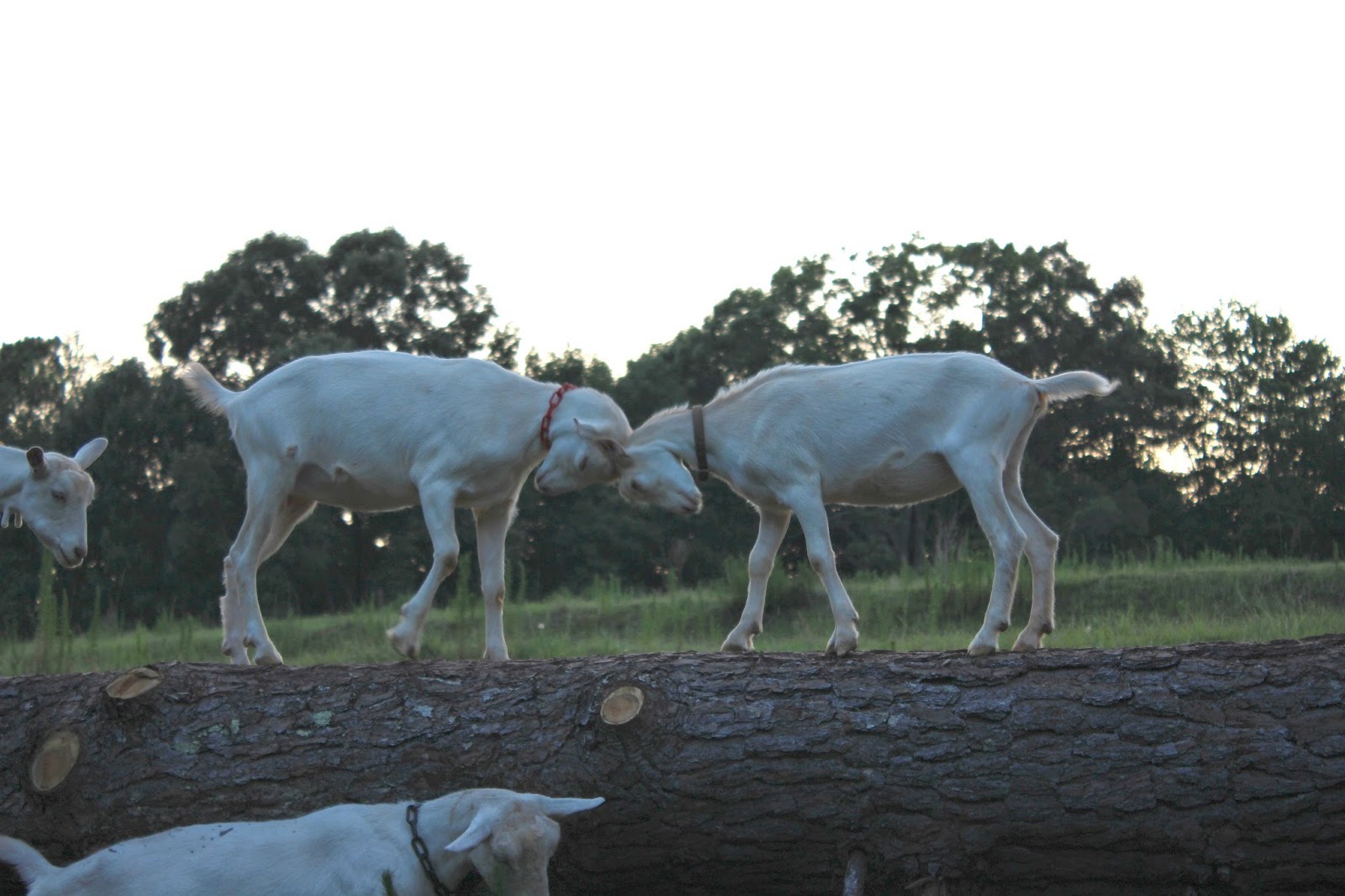 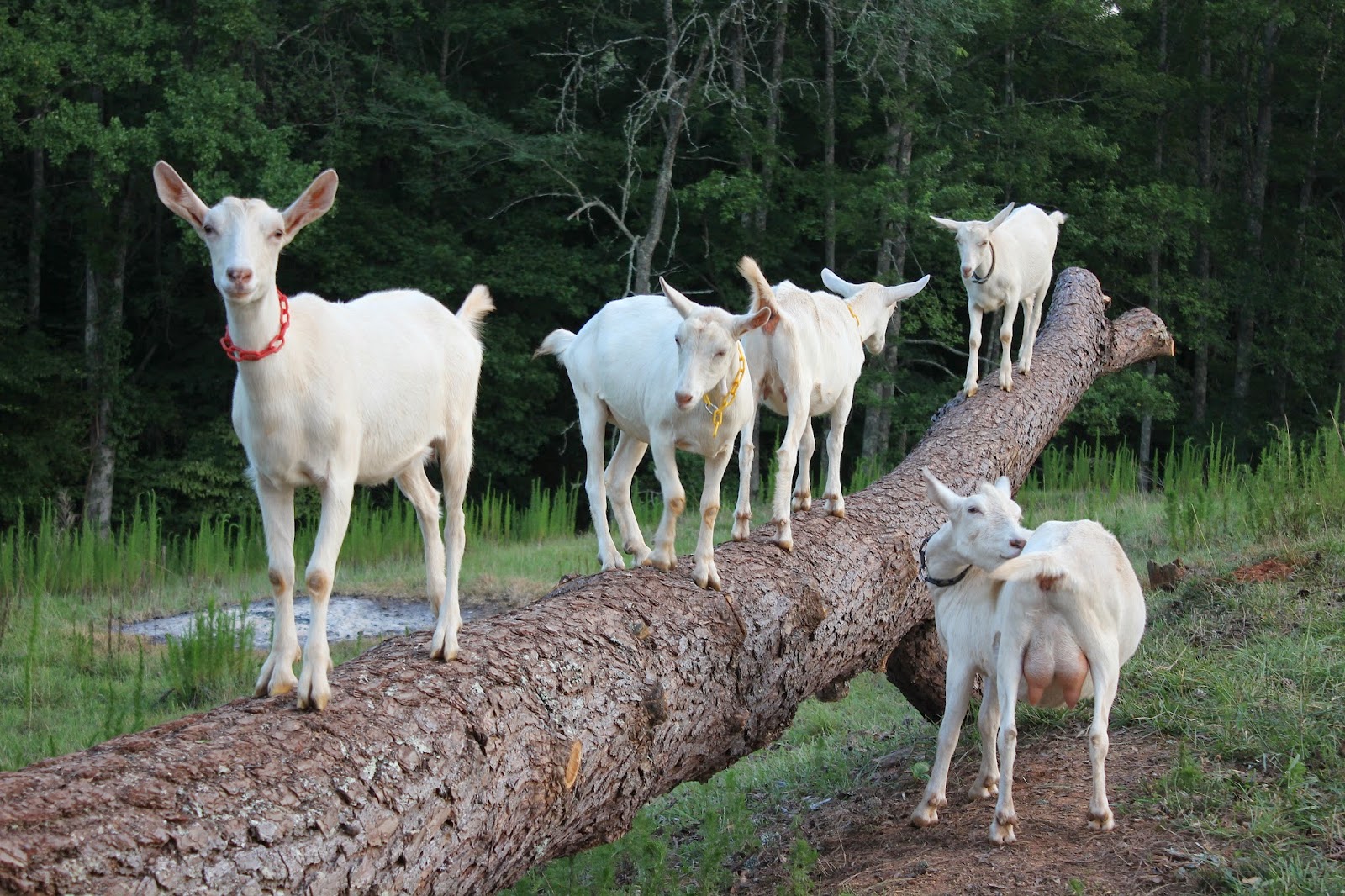 Dessert and fireworks at the neighboring Delgado residence: 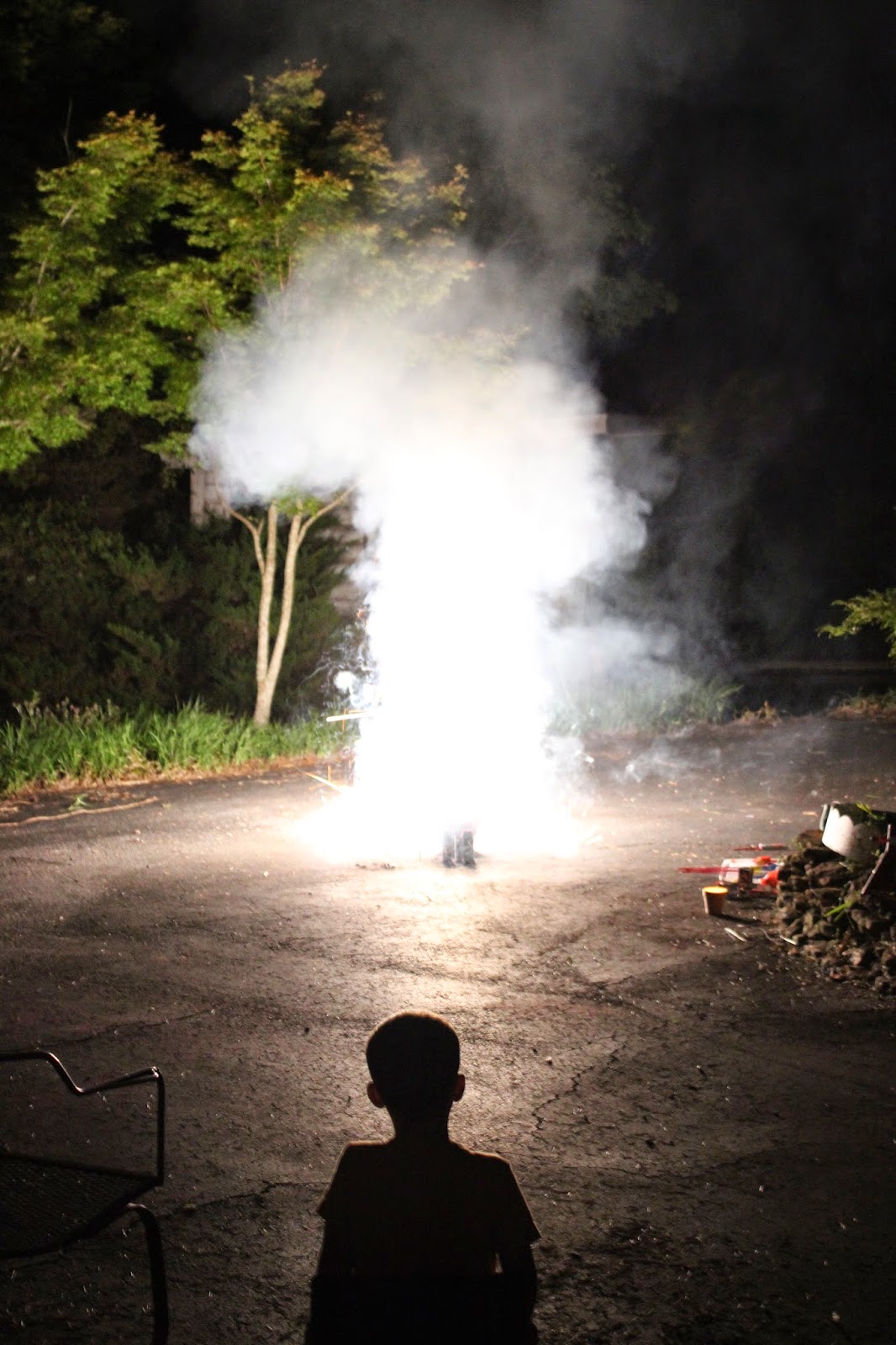 And today, fellow resident Laura and I went hiking on Raven Rock Trail at Keowee-Toxaway State Park, and saw this lovely sight: 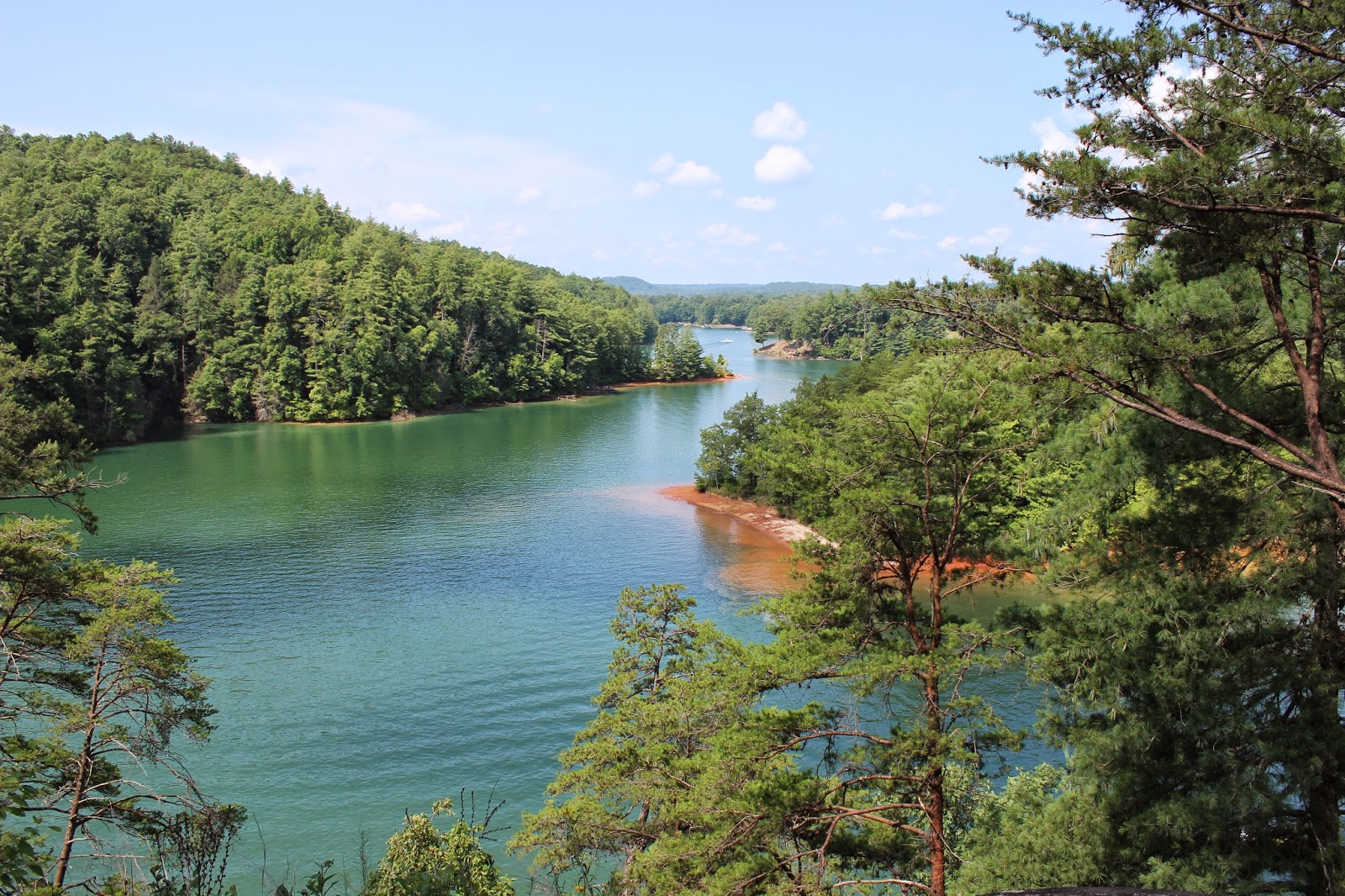 I can't believe I am almost halfway through my residency here. It's been a very productive and reflective time so far, and I feel so grateful to have this time to focus on my work while being immersed in these beautiful surroundings.

During my stay at Rensing Center I was fortunate to have many conversations with founder Ellen Kochansky.  A number of discussions occurred while doing a variety of small chores.  Artists contribute a few hours a week based on their skills and interests, and I found it added just the right bit of structure to balance my otherwise unstructured creative time in residence.  Whether working alone or with others, the work contribution made me feel like I was an important part of this community, and it made me feel at home.

One of the most memorable discussions I had with Ellen was on the topic of reuse and dispersal, during which she reminded me that “Fertility comes from letting go.”  She was talking about recycling and composting as you might expect at an environmentally conscious residency.  But she also encouraged me to let go of preconceived notions of what the experience should be, as well as my (perhaps extreme) preference for order and control in my environment, in favor of going with the flow and living in the moment.

Both Ellen and my husband reminded me to have FUN, and persuaded me to be less driven towards the end result and more playful along the way.  Essentially, I needed to adjust my New Englander pace to the more thoughtful, leisurely pace of Pickens.  That advice marked a turning point in my residency.  As I focused less on schedule, numbers and deadlines, I became more open to observation, concept and experimentation.  So I did, indeed, have fun.  But more importantly, ‘fun’ was productive.  As a result, I successfully experimented with a variety of printmaking and collage techniques I had not previously considered to be useful or relevant to my work.

As an applicant I correctly sensed I would be comfortable in the art and environment ‘tribe’ at Rensing Center.  Fanciful representations of invasive plants and pests commonly make their way into my artwork, so I was very interested to learn about the challenges farmers and gardeners experience from invasives in South Carolina.  Jon Fritz was a generous resource to identify plants previously unknown to me.   One I love in particular (brace yourself) is kudzu.  Apparently I was the first artist-in-residence to request that Jon help me find some for my studio for closer observation.  A bouquet of sorts, I refreshed it every few days.  At first it was hard for me to identify in the lush green landscape, but eventually I had no problem finding it.  In fact, I pilfered it quite liberally along roadways in Pickens, convinced nobody would miss it.  However, one of my biggest challenges was to see this and other invasives as locals see them, and not simply as botanical specimens or design elements.  This was hard to do because some are actually quite beautiful.  But of course, that’s the problem with a lot of invasives, we love them until we don’t, which is as soon as they don’t do what we want them to do.  Although I discovered several new ‘favorite’ plants while at Rensing Center, throughout my residency, kudzu was king.

As I return home I’m still processing the experience, what I’ve learned, how my art has changed, and how I’ve changed.  All were a gift, and I thank you Rensing Center. 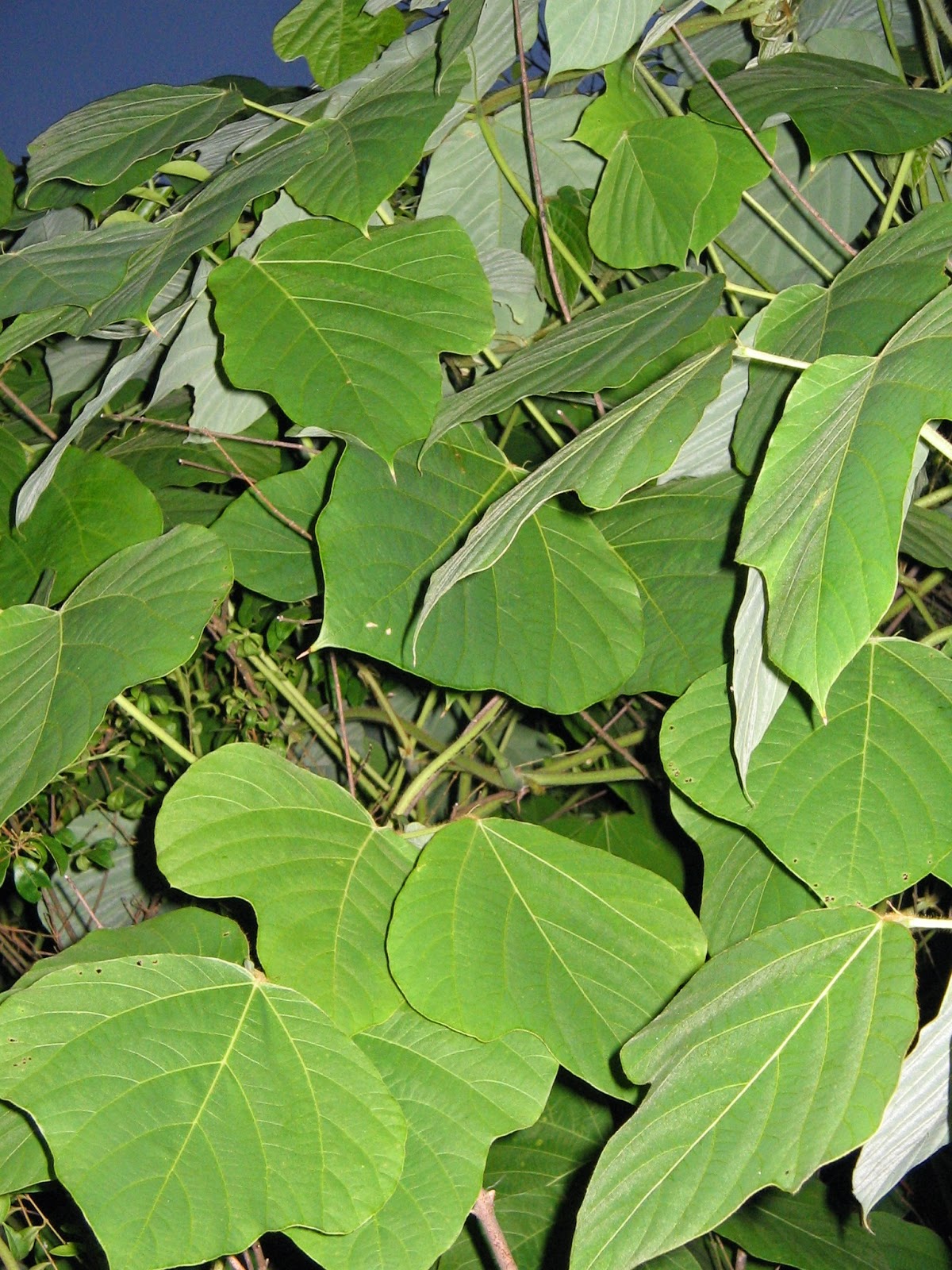