When I first came to the Rensing Center, I'd considered making some mementos about small moments of beauty. You can't preserve the spark of joy from the first crocus of the season and, human beings being what we are, even if you could the initial joy would be difficult to maintain, but I wanted to make some sort of homage. My time here has been full of such moments and with the quieting of the “little haters” I felt more able to absorb them. So my original plan of making sculptures to bring home with me quickly changed into wanting to leave gifts behind.

While I was studying shadow puppetry in Bali, I observed the daily ritual of preparing woven leaf baskets and filling them with gifts for the gods; cooked rice, fresh fruit, flowers, occasionally a piece of candy or a cigarette. This was a very time consuming but important part of each day. The offerings were placed on the family shrines with respectful ceremony and then... it didn't matter what happened to them. The importance was in the presenting, not in the preservation of the gift. More often than not, the offerings were eaten by the stray dogs that roamed about, but that was okay because the gift had been given.

So in a similar spirit, I've made fifteen small sculptures and ornaments for the Alder Trail out of materials that will degrade or rot away. These were inspired by the materials themselves but also by moments of joy I've experienced while here.

(And I must say, the placing/giving of the sculptures inspired even more moments of joy than I'd expected. The sculptures were made first, and then I walked the trail to decide where they should go. When it came time to distribute them, they suited the locations so well it surprised me; without even measuring spaces beforehand they fit almost perfectly. It wasn't so much giving them up as putting them where they needed to be.) 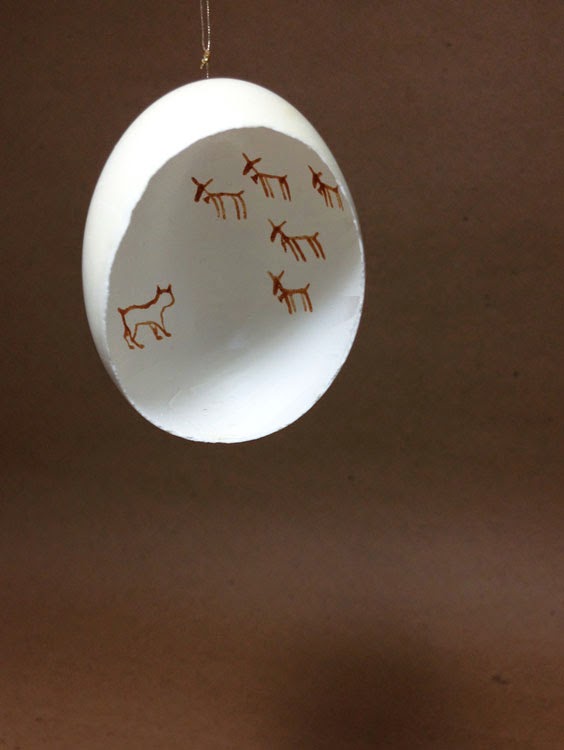 Pictograph Egg – Inspired by some local examples, as well as the goats and Bob the Cat. Egg shell, red clay, gold thread. 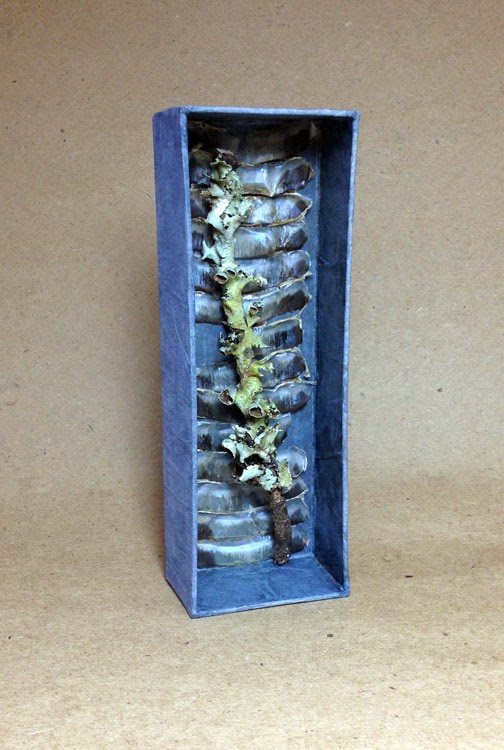 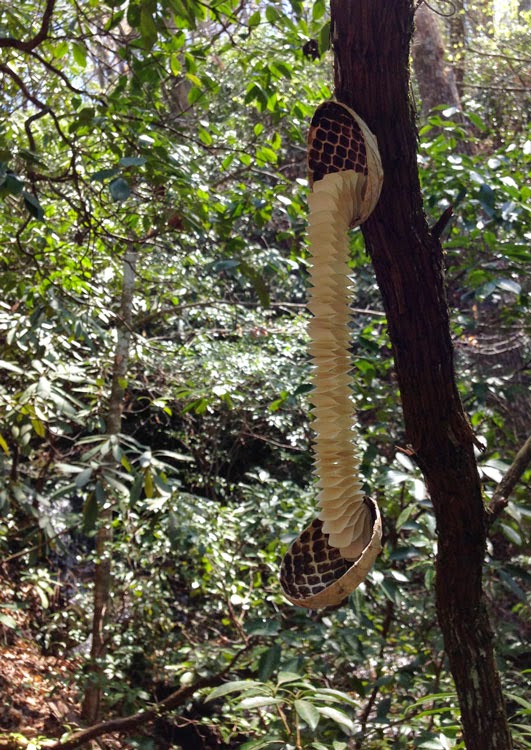 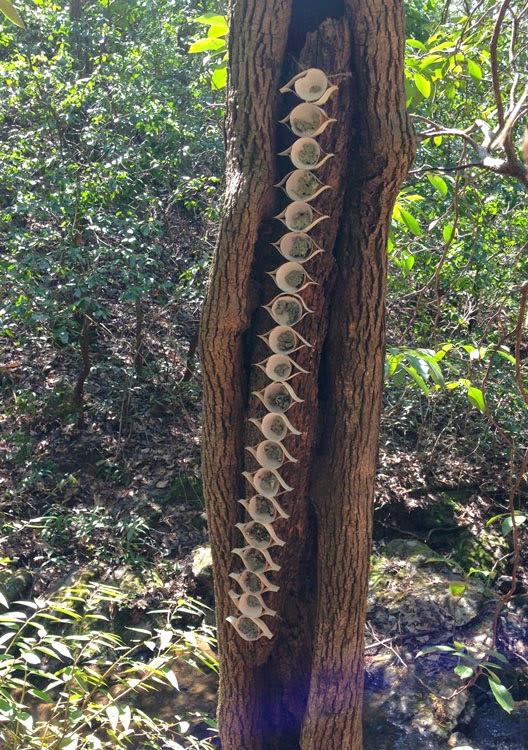 Spine – This fit so beautifully with the tree, I wish I could say I'd planned it, but it is instead a gloriously happy accident. Egg shells, lichen, paper, twine.

Notes on the Materials
Egg Shells: I suspect the Easter holiday has had some influence on my wanting to use egg shells, but I think I will continue working with them after I return home. I've also been influenced by the FauxbergeEgg Series of Kasey Smith.
Orchids: I share my grandmother's love of orchids, so I had to use some dried ones in my work.
Lichen: Lichen is frequently ignored, but I find the variety of forms fascinating and beautiful.
Gold Thread: I remember hearing that sometimes birds will use colourful thread in their nests. While this thread won't degrade very quickly, I hope that the local birds have sparkly nests for the next few seasons!

Posted by Rensing Resident Artist at 10:13 AM No comments: