Ann Mansolino
Concord, California
February- March 2015
Ice, snow, and tiny objects
It's snowing outside. I didn't think when I decided to come to the South in the winter that I would encounter, well, real winter. But here it is. We've had both ice and snow in the last week. Fortunately for me, I like winter. I've been living places that don't get weather, exactly, and the snow that's falling softly through the trees at dusk now reminds me of how much I've missed changing seasons, missed the way they remind us that we're tied into a cycle of life that's much older and larger than we are. I believe this awareness matters, believes it helps me keep my own life in perspective. I think this is important as an artist, as well as someone who wants to understand more of what it means to be human in the world.

And winter is also just beautiful. Tiny icicles everywhere. I loved how fragile everything looked when encased in ice.  I took pictures of the Rensing Center and surrounding area following the ice storm, and will share a few images: 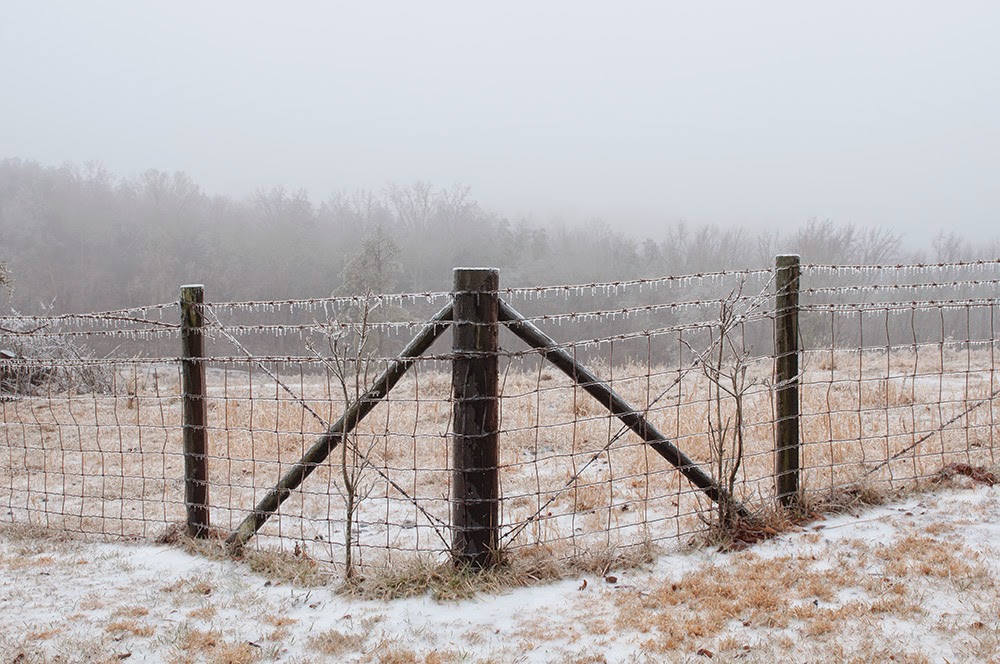 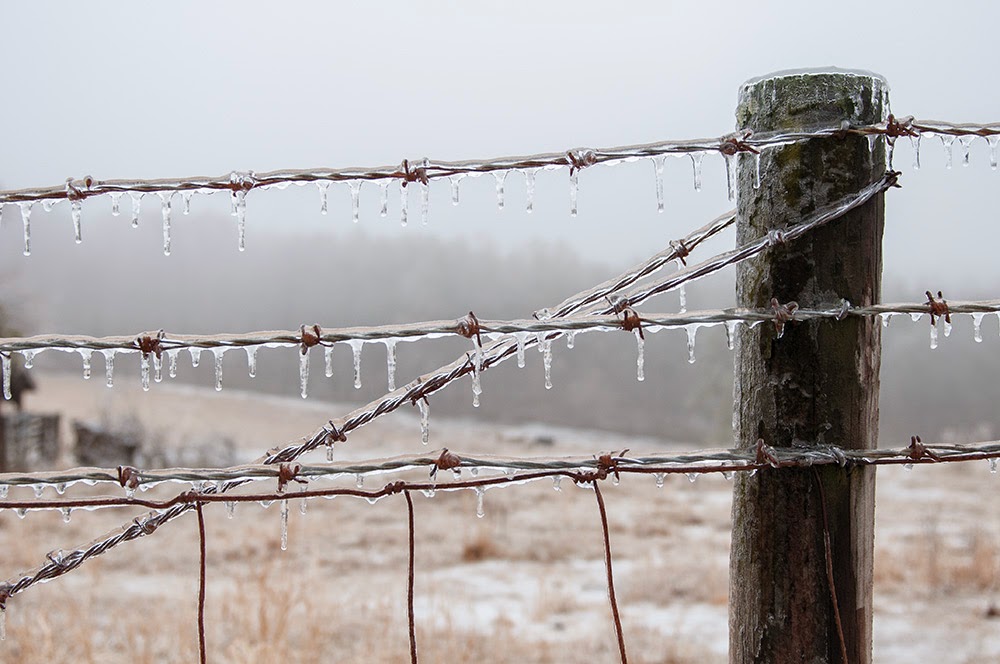 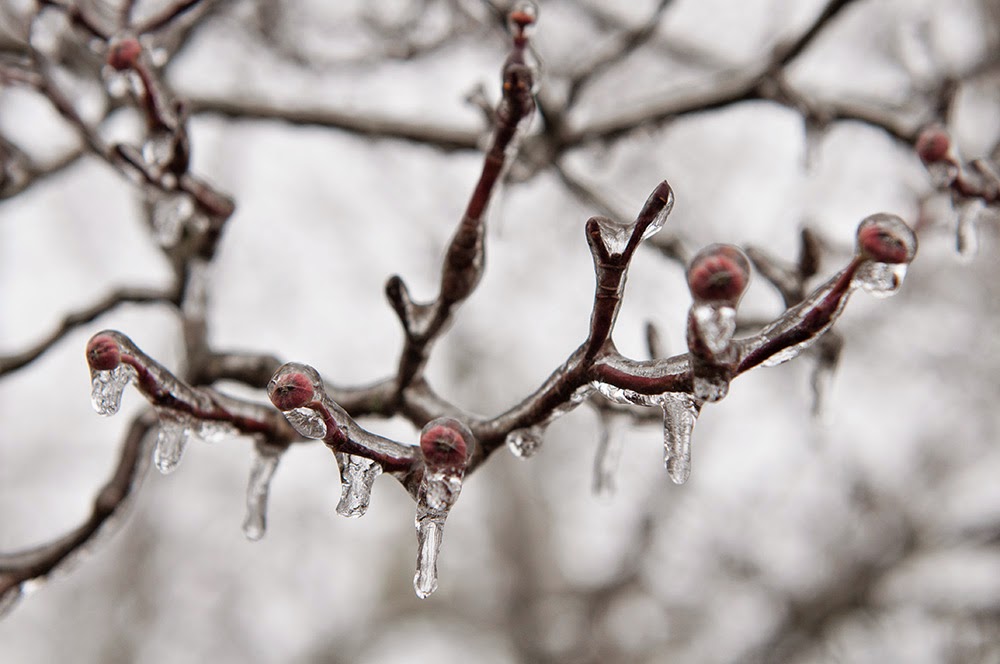 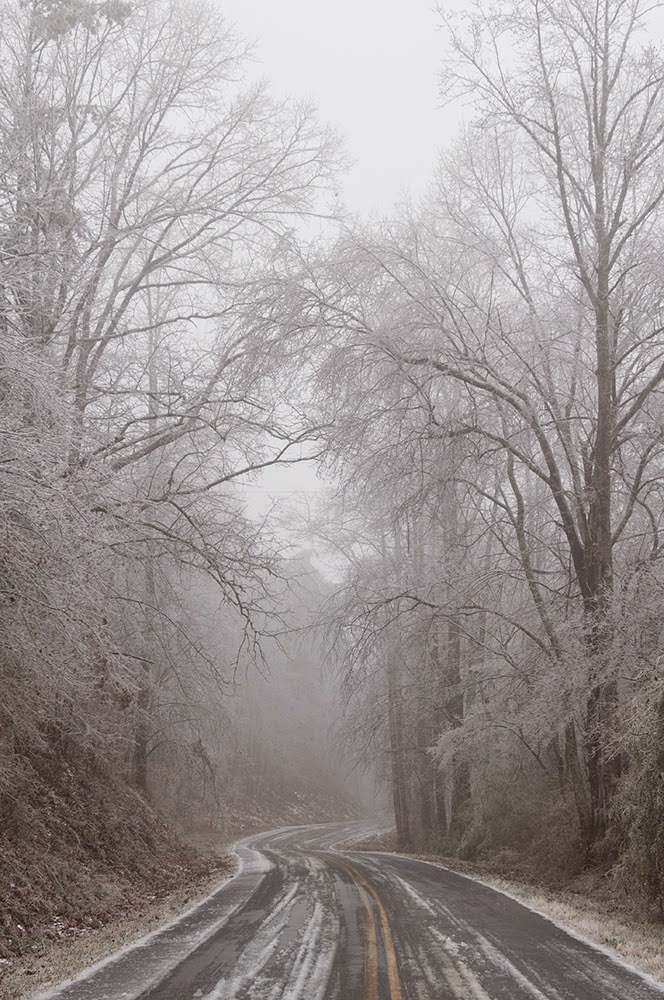 But I have to admit that the weather has also affected what I make here, and can make -- in good and unexpected ways. For the sake of being able to work where it's warm, I've been limited this past week to the space of the kitchen table. I've made small, delicate things as a result. Perhaps not as delicate as those icicles, but still: here's one example of a small book I made -- only 1 1/2 inches high -- using basswood, a coptic binding, milk paint, and a small plastic animal toy that I cut in half and painted. I love the way the book functions like an extension of the body, the way the animal seems to be passing through it. 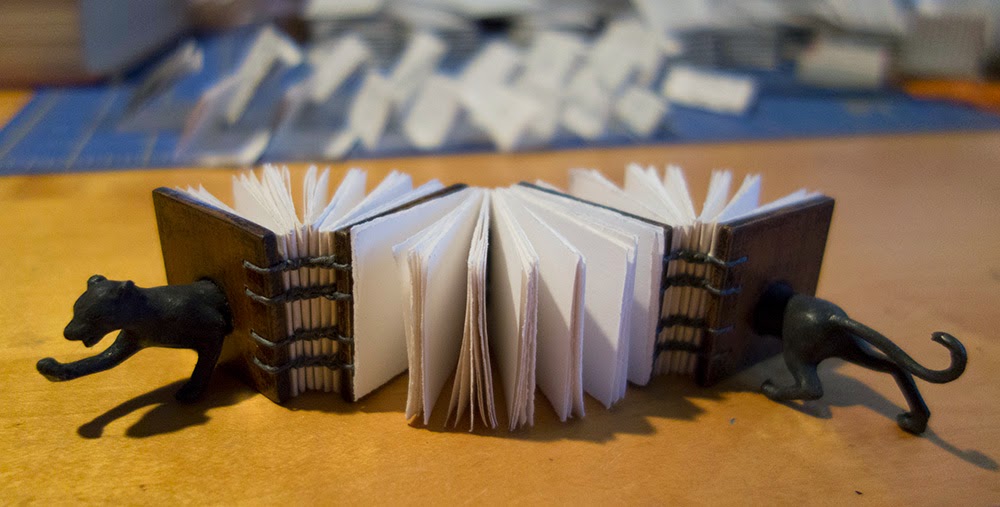 I have piles of cut and folded book sections on the kitchen table ready to go, ready to be sewn and assembled. I'll make more small things in warm spaces, while thinking about my relationship to the big spaces of the world outside as the snow continues to fall throughout the night.

Ann Mansolino
Concord, California
February- March 2015
Solitude and Little Houses
I'm sitting in the Guest House at the Rensing Center, a tiny house perched at the top of a wooded slope, overlooking a small lake across the road. The wind is blowing through the trees, shaking loose the ice that coated the branches after yesterday's storm. The light is beautiful, and makes the ice glisten. I've got food cooking on the stove and art in progress on the table. It's peaceful, and I'm making art I've been wanting to make, working on projects I drew in my sketchbook months ago and hadn't been able to actually create until now.

But first there's the little house and the solitude that makes this all possible. To make art, I need peace and solitude. Deep down, I know that I know that, but I tend to forget and need to be reminded from time to time. And so, on the first night I was here, I was sitting at the table eating dinner and looking out the window, feeling something relax inside me that had been tense for a long time. And then I realized that it was the first time since I'd moved out of my apartment in Los Angeles in summer 2013 that I've had a living space entirely to myself -- not sharing kitchens or bathrooms or bedrooms or studios space or anything with anyone. Since leaving my teaching job a little over a year ago, I've been moving around, staying with friends, doing art residencies, volunteering at retreat centers... generally living with others, often in fairly communal environments. I've learned a lot and done a lot, but have largely been without the physical and emotional space I need to create effectively. I have found that here: in this little house, and in the nature that surrounds it. And for that, I am tremendously grateful. It is something I've needed very much and had lost sight of... and I believe this experience also helps me see the way forward in my own life to what I need, as a person and an artist, in the future. 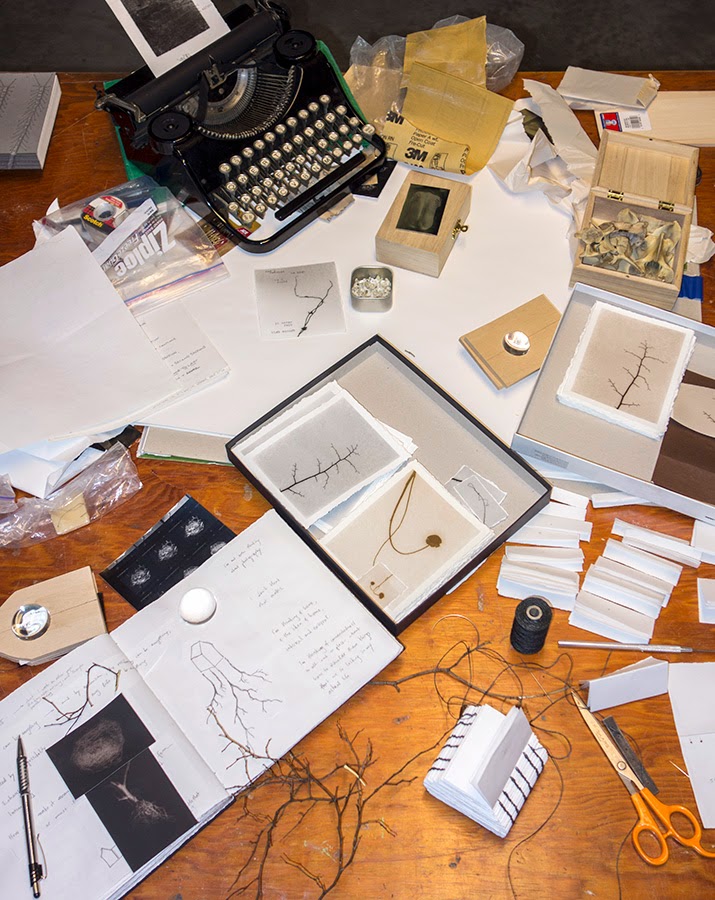 And so, when I spread out all the art supplies and photographs and ephemera that I brought with me out on the table to begin to create at the beginning of last week, I wasn't quite sure what I was going to make or what direction to go...

...but now a week and a half into the residency, I can see how the space and the peace I have found here have influenced my work so far.

I found that I was thinking about solitude, and about little houses, and about how peaceful and right they felt. I was also thinking about bookbinding... and so I made a book that was a small house (see below). I wasn't sure if it was possible when I started -- to make a book that's the shape of a house... and yet it works.  It's sewn on both sides, and does not open; it thus uses bookbinding techniques sculpturally, rather than functionally. I think of it as a treehouse, and know that it will serve as a reminder of the peace that's found here, in this little house among the trees when I leave.

I also found that I wanted to make enclosures for some other recent images -- very minimal images of lines in nature in winter that I made just before arriving here. I thus made two clamshell boxes which hold the images like unbound books (or like a home for a pile of previously loose prints).

I had been feeling like I have not made a lot (I have spent a lot of time walking around in the woods, after all), but when I stacked up what I've completed so far, I was happy -- with the individual objects, with the quality and quantity of what I've completed so far... and actually with how they look stacked vertically, too. So here's the first batch of works, all in a pile: 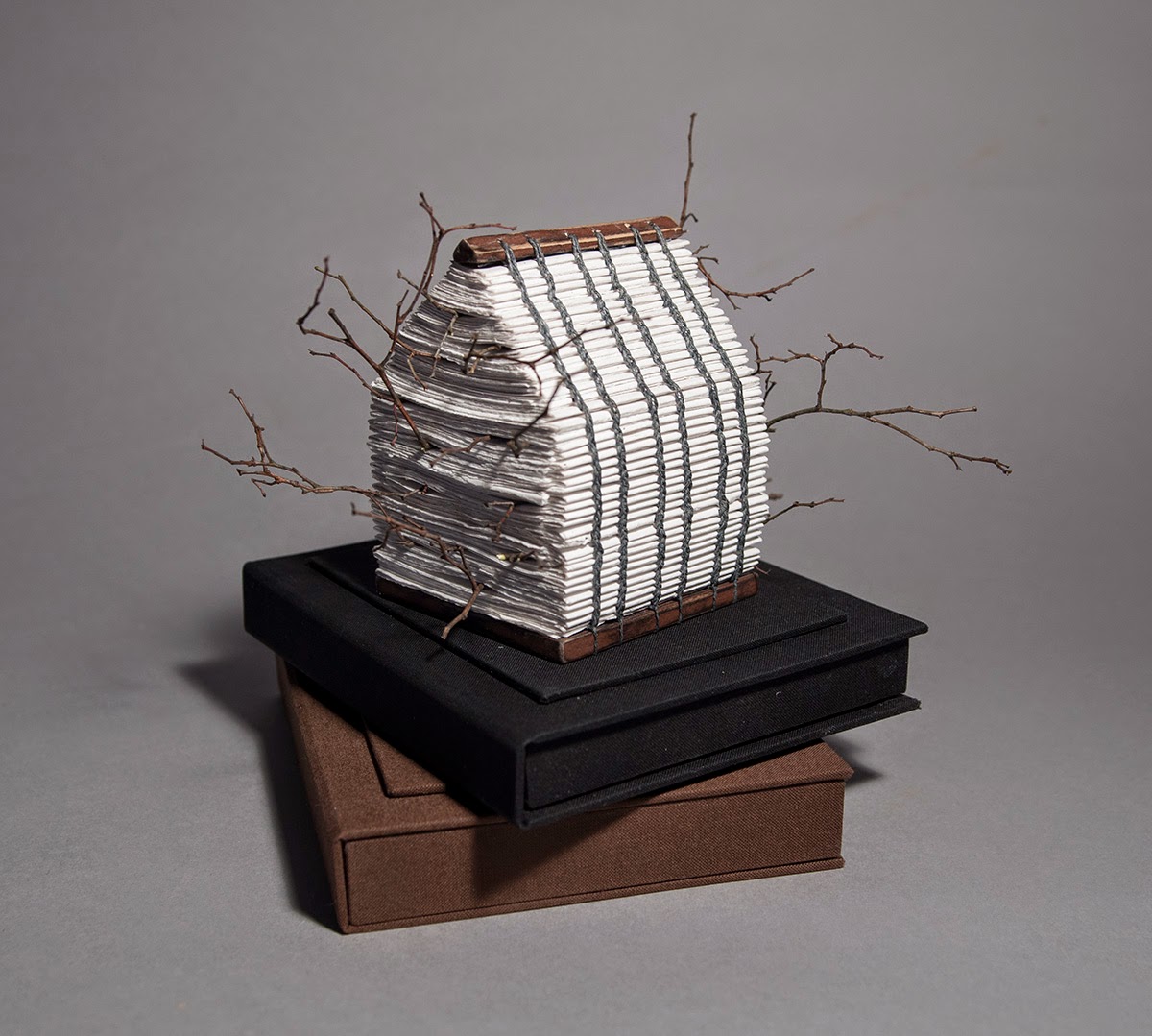 And then here are details of the individual pieces, below:

The first is "Treehouse", the sculptural book, made from paper, basswood, linen thread, twigs, and a coptic binding. 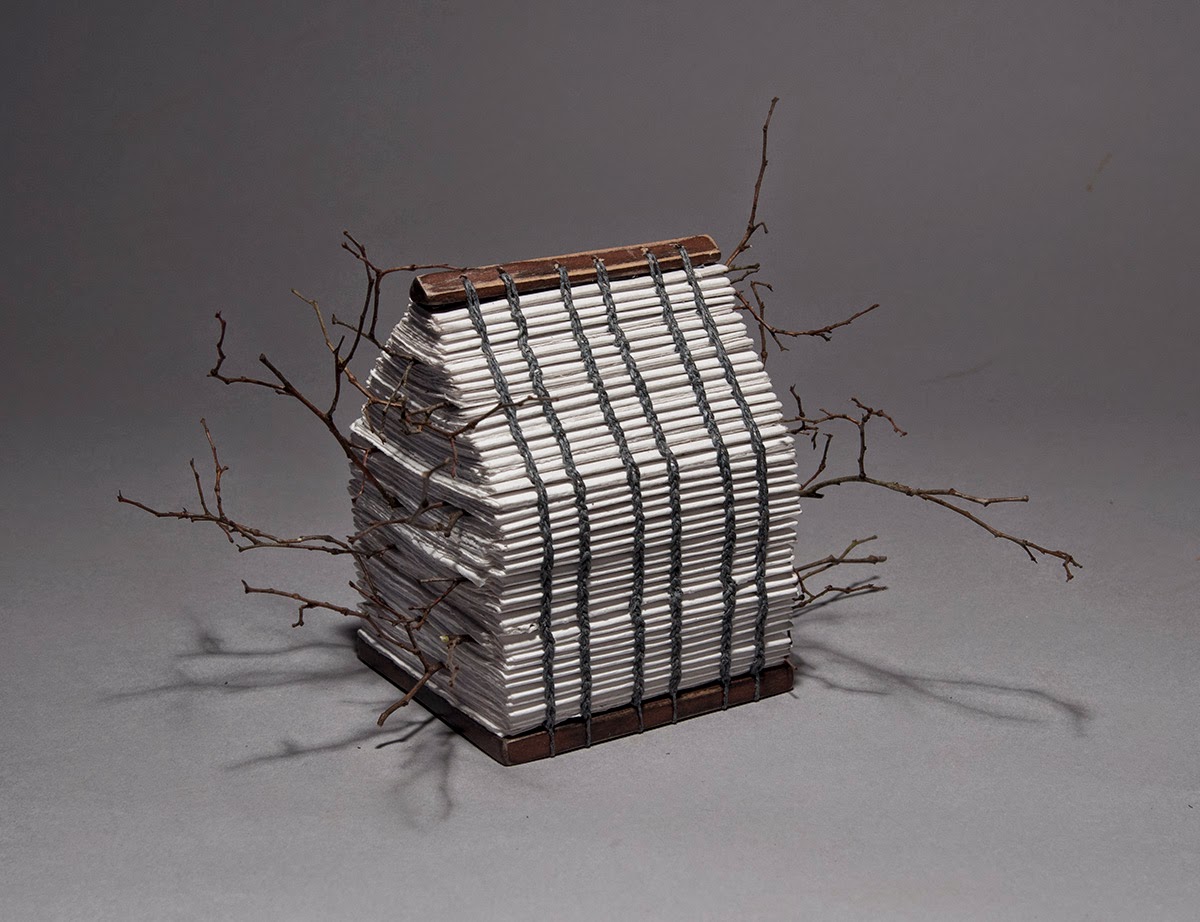 And this is one of the clamshell boxes when it's closed: 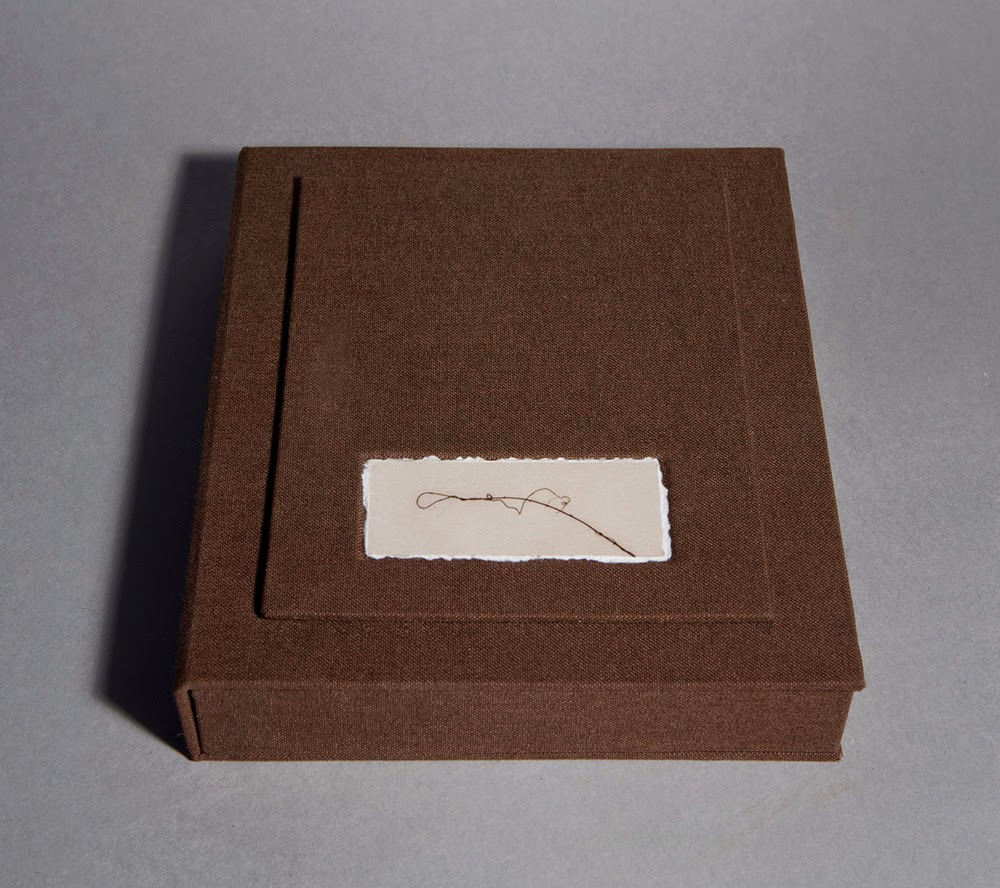 And here are the two of them open. I like that the book cloth is color coordinated with the prints themselves (toned or not toned). Lucky me for bringing the supplies I didn't know I needed until I was here... sometimes these things work out. 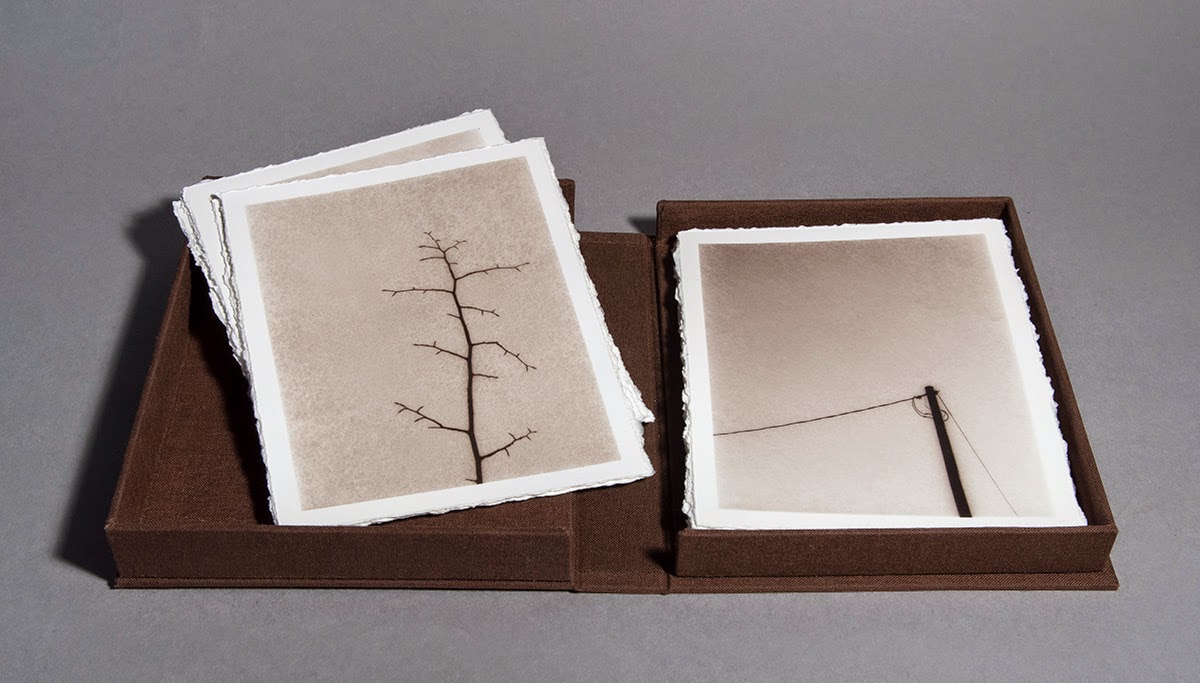 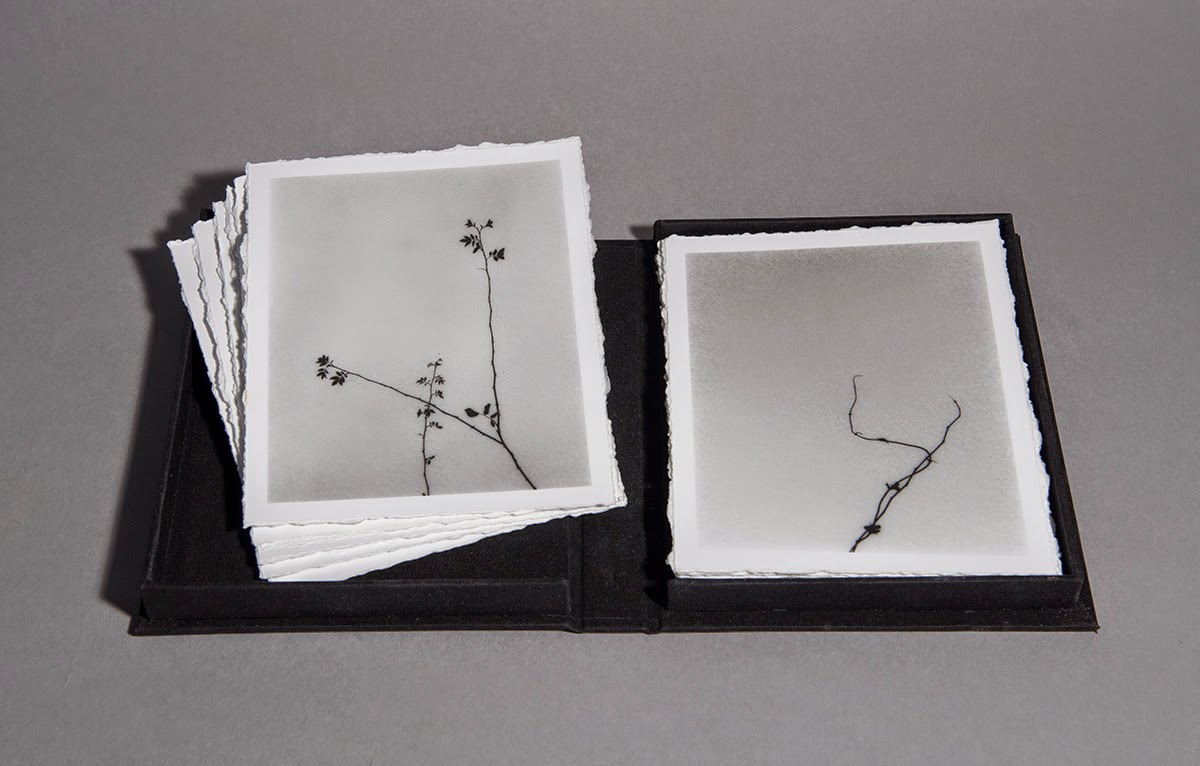