Message from the evening muse 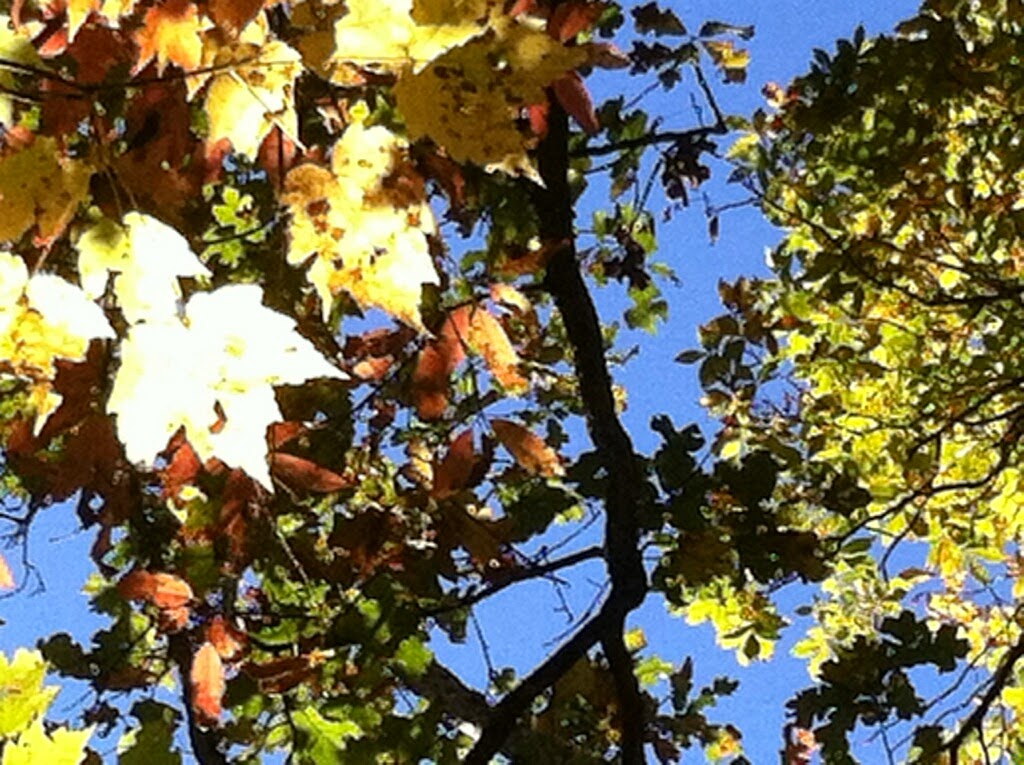 Apart from one torrential downpour, the days here, mostly sunny and beautiful, have passed much too quickly.  It has been truly lovely watching the landscape overhead change from dropping scuppernogs to acorns and large crunchy leaves.  The trail through the woods has been a wonderful nourishing place with changing mosiac skies, mysterious paw prints in the sand and little fish darting in the tiny pools collecting at a bend in the falls.
A multi-media, sacred artist/social activist, singer-song writer, stage and voice over actor, wife and (until recently) mostly stay-at-home~schooling mom, who's found it impossible to choose one or be all, I find myself at a bend in my own road: continually asking the question: "what am I supposed to be doing again?"
The answers come... Sometimes whispering in the night, through poetry and pictures and sacred texts that open up to just the right place, right time and space.  I am using my time here to rest and press the " reset" button, to qualify and quantify myself;
sometimes running hither and yon'
To help a friend transition, to co-craft a song
Or a voice over gig, that comes when I leave home
Through grant writing and research that says I'm not alone...
(thank you Christine for your patient camera crewing through many botched takes,
Ellen, for lending your awesome home space, and Xiaoren for your listening and supportive ear.)
Finally, Who I Am is coming clear and I think I can claim a new career!:
a therapeutic artist that came here to heal
And a writer who speaks from the heart of what's real... 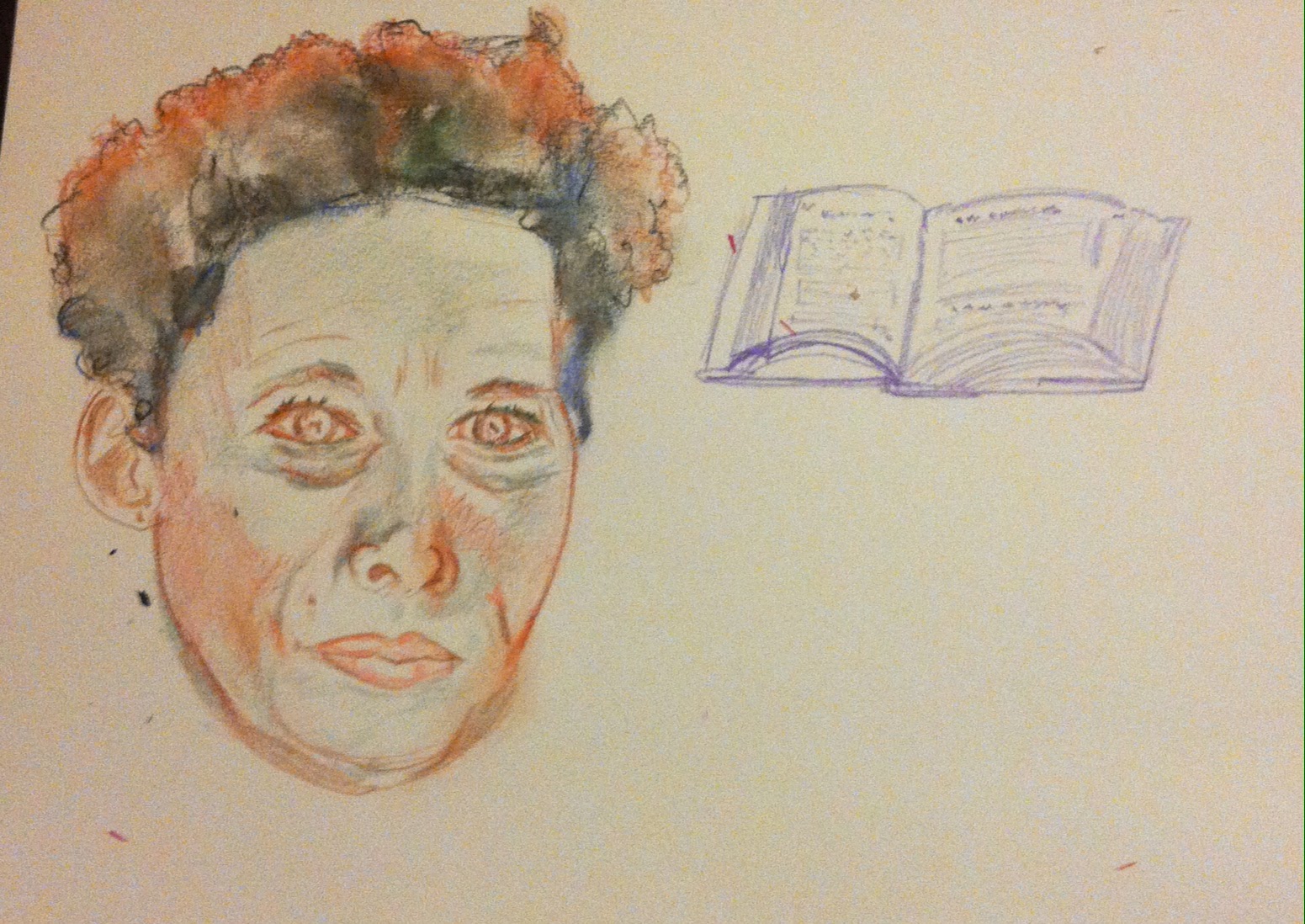 Words of wisdom from the evening muse:
To anyone who gives a dern
Or thinks they can't cuz they got chi'rn
I say god dang it, make the time
To put yo'self somewhere sublime
And re-member your Self Divine
Let folks who"need" you stand in line
Until you get some peace o' mind
Now I ain't sayin it's always easy
To cool your toes an sniff the breezy
But I'm grateful that I carved it out
Before I did I had some doubt
But time is fleeting, that's for true!
So better take some time for you.
It starts at first by givin LOVE
that you too are deserving of

Posted by Rensing Resident Artist at 4:16 PM No comments:

Alder Creek projects it's own movie

I've come to the Rensing Center from the high desert of West Texas longing to be near water, rain and the forest. The lush landscape that surrounds me has provided many surprises. Walking down to Alder Creek I found the sunlight reflecting off the water onto a tree limb. I paused to watch and listen.

I have good company with Bob who is my only roommate, floating around the Rensing and not having a tail... 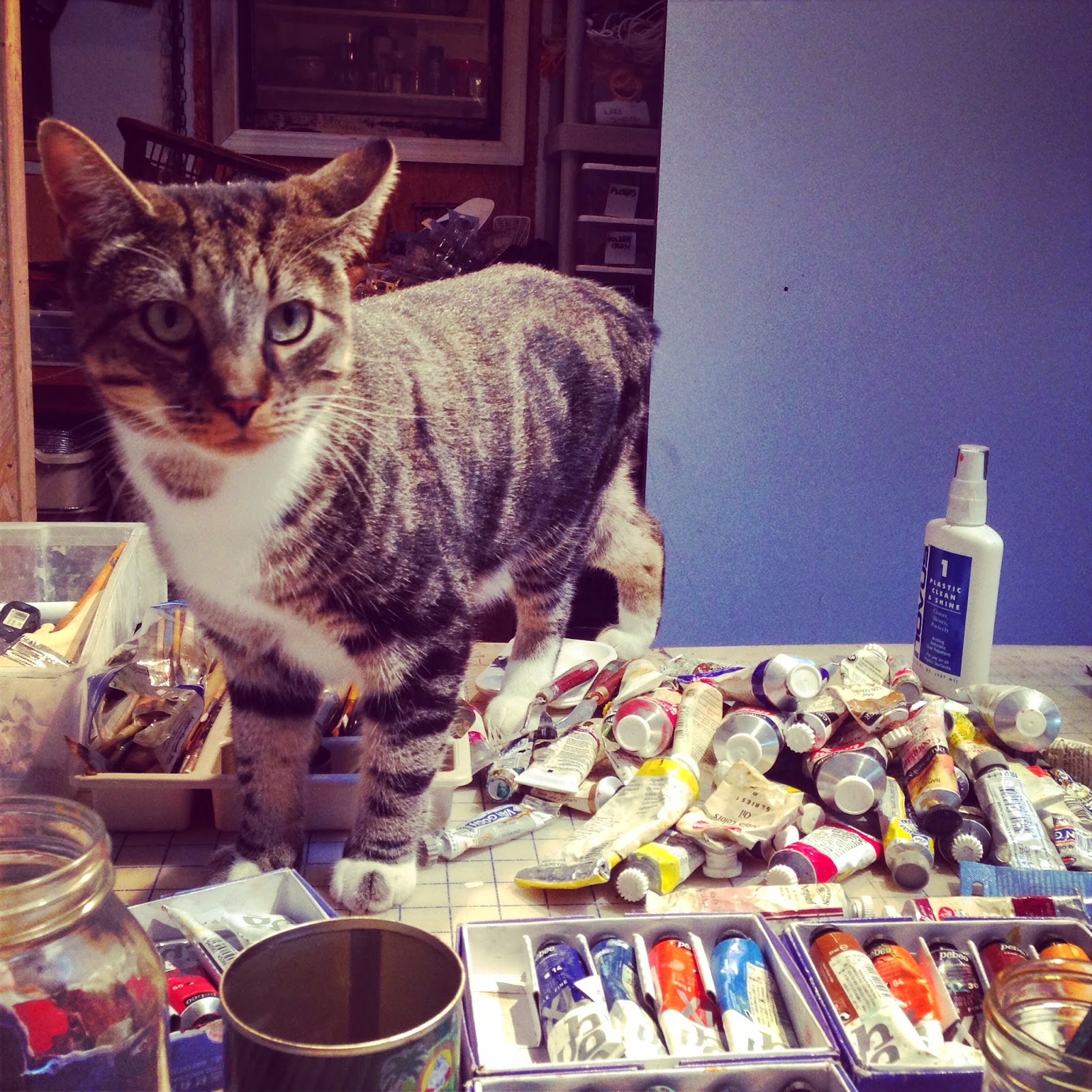 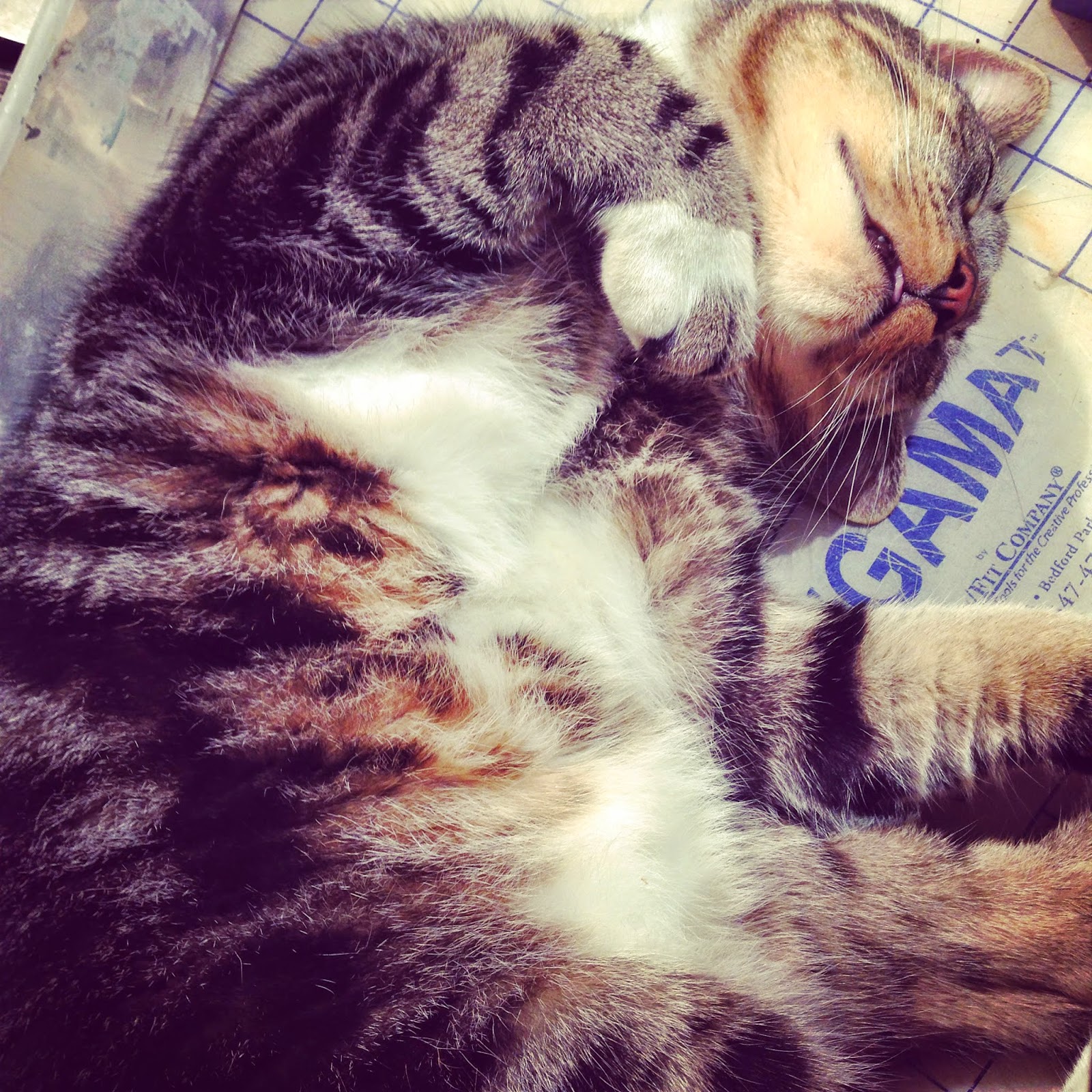 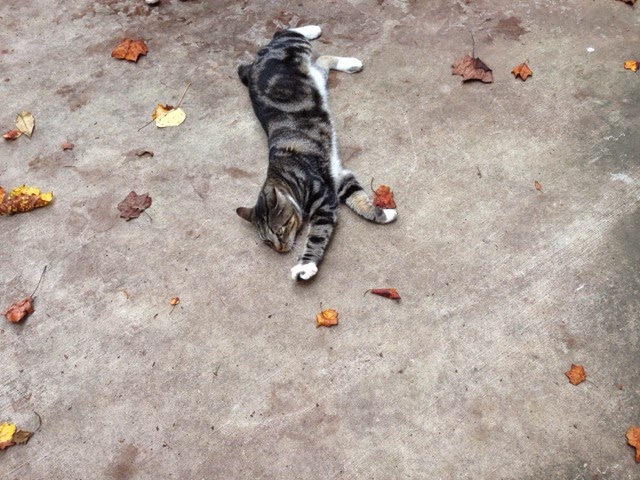 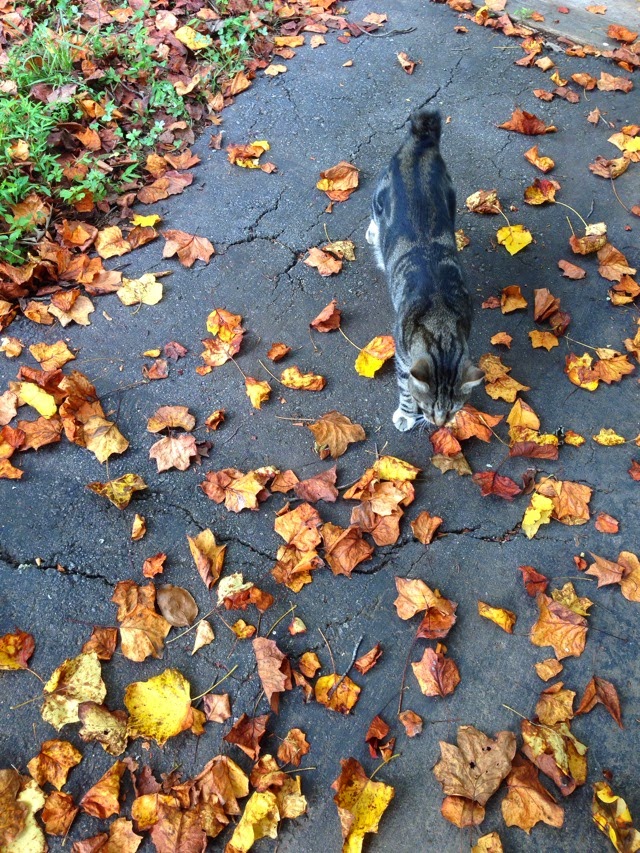 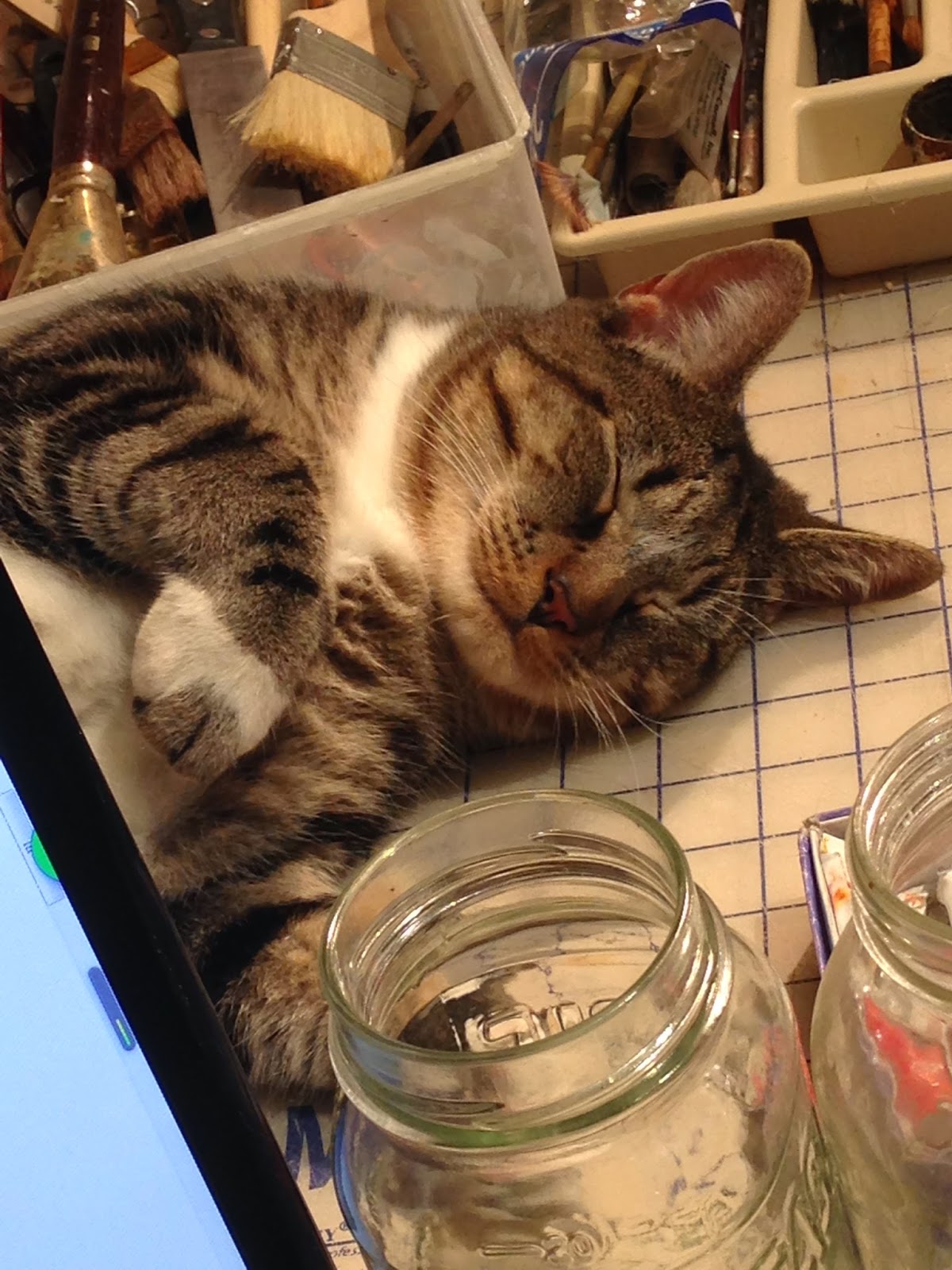 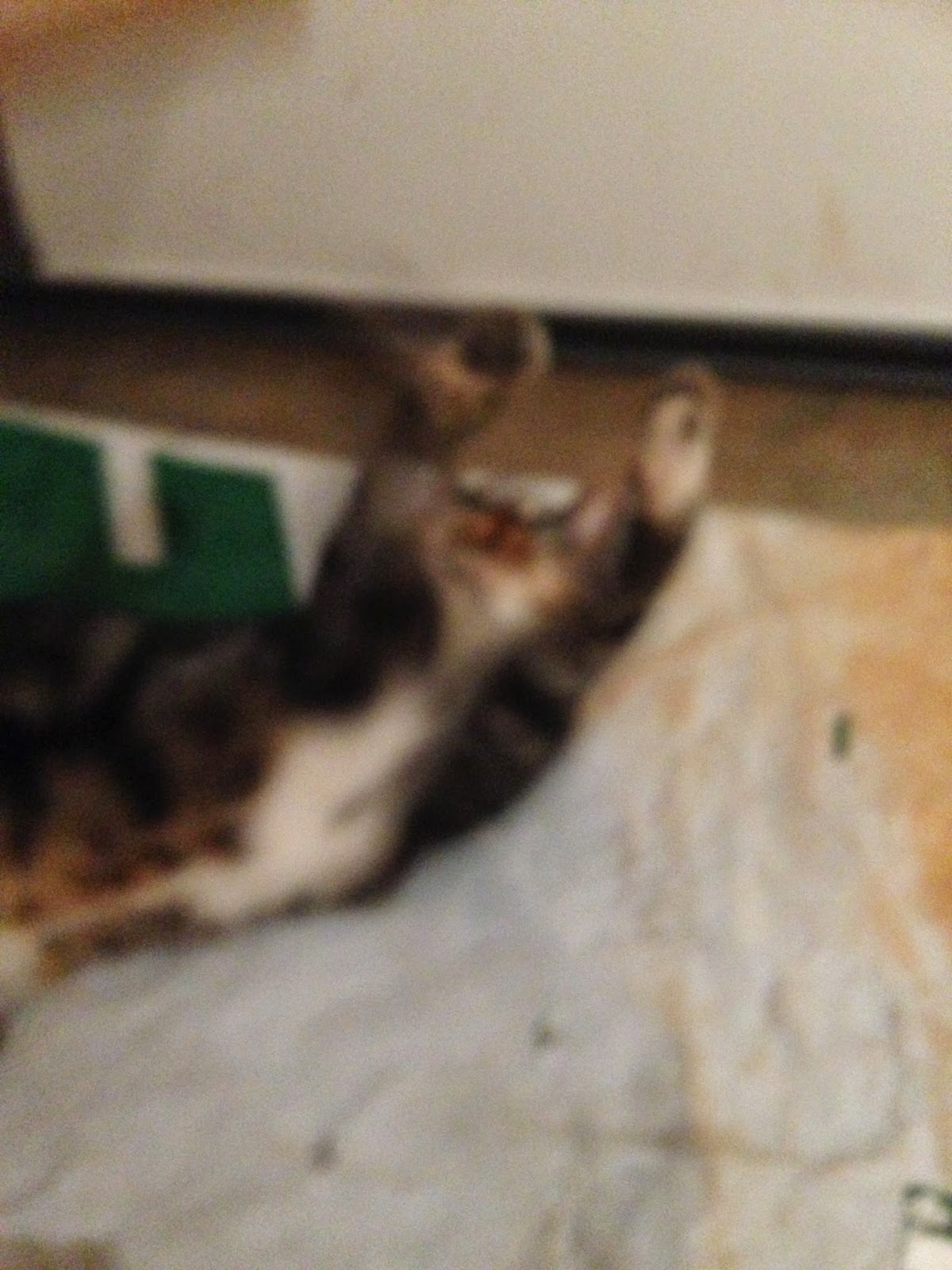 It has been an amazing first few days.  I arrived late on Monday, around 5:30,
having just missed Ellen evidently, who'd just gone into town
for a cool conversation 'bout trash conservation.

I awoke early on Tuesday, stretching in the dark, doing a salutation to bring up the sun.
Dew glistening on the grassy hill, I lamented having forgotten my rubber boots.
As morning came more brilliantly into its fullness, I imagined myself like my Native ancestors,
stepping as silently as possible onto the foot path to the waterfall.
One squirrel, with nut-filled cheeks, warned another of my presence
and together they sounded the alarm to the flock of turkeys
who obediently flew from sight.
The sentries were conspicuously absent however, upon my return,
enabling me to watch, undetected, a little red fox
who came, unsuspectingly, skipping along quite close before before spying me,
immediately redirecting his course to more human-less ground.

Today again, after awakening  in the dark,
I sat on the porch, the cat and I admiring the star-filled sky.
Later, Xiaoren and I took in the local sights,
went to the flea market, the grocery store and tried, in vain, to find the groovy natural market.
Evelyn has promised to be my tour guide for future outings.
The day would not have been complete without my trying the Accoustics in the newly emptied room behind the potters studio. I recorded myself playing the Native American flute.  Such ambient chamber music!

Used to feeding my own kids at this time, I trotted down to the lower garden,
picked some tiny red tomatoes, swung to the setting sun and fed the bleeding baby goats.
All in all a truly awesome time... And we've only just begun.

-Micaila-Ayorinde
Posted by Rensing Resident Artist at 7:58 PM No comments: